LABEL was created in honor of Jean-Jacques Laffont who spent his last years in the Economics Department at USC. He was a prominent french Economist and an academic leader who inspired many of us.

Jean-Jacques Laffont contributed to many fields. He was one of the founding fathers of the theory of information, and dedicated a large part of his work to the  study of contracts under asymmetry of information. He also developed an agenda in applied theory focusing on the application of the theory of incentives to regulatory mechanisms (telecommunications, electricity etc). He was also a pioneer of  the econometrics of auctions and structural estimations of industrial organization models. Last, but not least, he spent the last years of his career applying his knowledge to understand the challenges faced by developing countries. 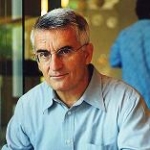 Jean-Jacques Laffont was a versatile researcher and he has tremendous personal qualities. He founded the Institut D’Economie Industrielle (IDEI) at Toulouse, one of the top Economics research center in the world. He also created teaching facilities and encouraged research efforts in many developing countries.

He is the author of 17 books and 200 articles. He also received many honors: the Silver Medal of the CNRS (1990); Honorary Member of the American Economic Association (1991); Foreign Honorary Member of the Academy of Arts and Sciences (1993); jointly with Jean Tirole, the Yrjo-Jahnsson prize from the European Economics Association, awarded each year to the best European economist under the age of 45 (1993).